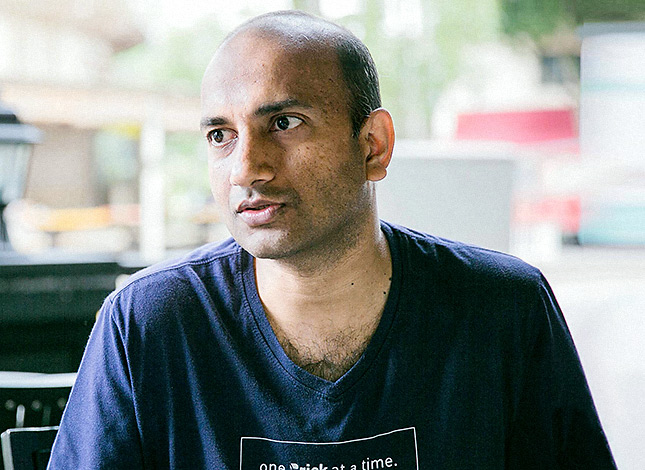 Prasoon Kumar is an urban planner and architect with over 10 years of experience in design firms across in India, USA, Hong Kong and Singapore. But over the years, he had a nagging feeling that he could do more. One thing he had learned in school was to ‘design for everyone’, but the reality was different.

So in 2013, he quit his job to start billionBricks, a non-profit design and technology studio aiming to solve one of the world’s most pressing issues: homelessness. billionBricks innovates shelters that are scalable, sustainable, and able to create opportunities for communities to emerge out of poverty. PowerHYDE, one of billionBricks' products, is world’s first solar home for the homeless which produces enough energy to pay for itself.

Case study
'Social Startup: a journey like no other'

Steve Jobs, one of the well-known entrepreneurs of our times, could not only envision the future but realise it. But what problem did he solve? The world is full of talented people. They are looking for a purpose and meaning in their work and daily lives. They are well aware of the many global problems that exist and often want to take action. But they don’t know where to start and find the opportunities to make a difference

This is the story of a ‘social startup’. Founded with a foolish passion, an audacity to solve a global wicked problem, and with a spirit of perseverance through unknown challenges. billionBricks has a vision to end homelessness. Its work is driven by a simple principle, ‘never design poorly for the poor’. It started on the premise that ‘we (as humanity) don’t know how to end homelessness’. Therefore, everything had to be discovered from the first-hand experience: redefining the problem, building solutions from scratch, and backing those solutions by creative business models for scale and impact. Prasoon and his partner questioned everything.

Thinking social startup? This talk will answer your startup questions through Prasoon’s personal journey of successes and failures. What can you do if you deeply care about a social problem? Where can you start if you are ready to take the first step in making a difference? And most importantly, how will you make money while doing good? The talk will delve into real examples and experiences combining theory and practice. A social startup is a journey worth risking. If you fail, it won’t matter to anyone; but if you succeed, the world will change for everyone.

This masterclass uses two case studies in housing as practical examples of a complex problem where design is impacting societal transitions. It will be focused on emerging conversation around strategies to intervene in complex problems and the several ‘systems leverages’ tools supporting those practices. The session invites participants to explore practically ways to frame the projects and portfolio of interventions they are responsible of so to move from problem-solving to problem-caring... more>