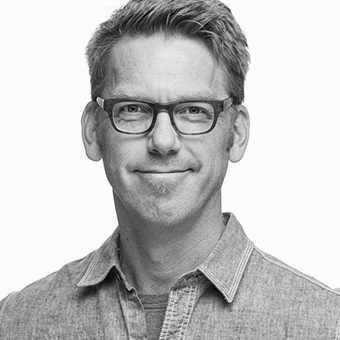 Doug Powell is a designer with more than 25 years of experience in a wide range of design disciplines. A recipient of the 2014 Distinguished Alumni Award from the Sam Fox School of Design at Washington University, and the 2014 Fellow Award from AIGA Minnesota, Doug is a lecturer, commentator and thought leader on design issues, having presented at a variety of national conferences and forums including the 2015 Beirut Design Week in Lebanon, the 2015 Offset design conference in Dublin, Ireland, Bright Ideas on Minnesota Public Radio, the 2011 Mayo Clinic Transform Conference, and the 2012 TEDx ArtCenter.

Between 2011-2013 Doug served as the national president of AIGA, the professional association for design, the largest and oldest design organization in the world. He is currently a Distinguished Designer at IBM, directing the program to scale design and design thinking across the global tech company.

Keynote
'Design at Scale: Building a culture of design at IBM'

IBM, one of the world’s largest technology companies, is on a mission to create a sustainable global culture of design and to bring a human-centered focus to thousands of product and service experiences. In his keynote, IBM Distinguished Designer Doug Powell will discuss how the company is building the largest corporate design organization in the world by hiring hundreds of new designers, building a global network of studios, and developing design thinking tools and practices — and he will connect these themes to the emerging trends in the design industry.