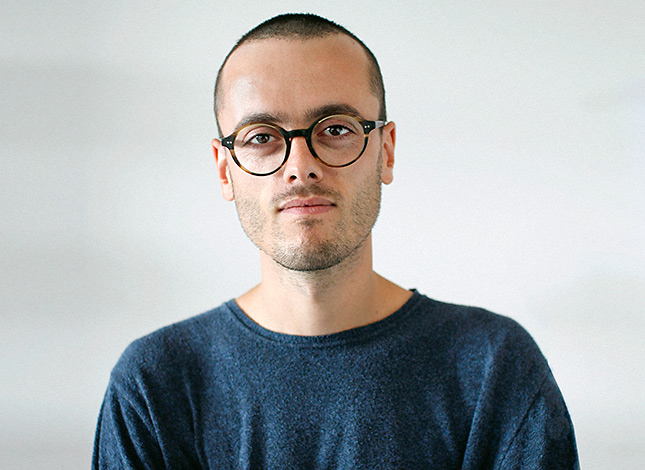 Lorenzo Fernandez is Studio Design Lead at Zalando, one of Europe’s most successful online fashion retailers. Lorenzo leads a multidisciplinary team, exploring new growth opportunities for the company. The Studio is an internal, nimble unit of design researchers, interaction designers, editorial, and retail experts at Zalando. The Studio brings teams together to design complete experiences by looking at fashion from a user’s perspective. The team spends most of its time decoding the needs of customers, brands, and internal stakeholders by building, testing, and iterating with crappy scrappy prototypes. Lorenzo and his team work as a startup, but with the heavyweight resources, huge customer base, and implementation expertise of a multinational.

Previously Lorenzo worked more than seven years as Digital Design Lead at IDEO, working with innovative companies for a wide breadths of industries, such as CBA, an Australian bank, Swiss Life, an insurance company, and Infarm, an indoor urban farming startup. Before that, he worked as a Data Designer at the DensityDesign Research Lab and as a Visual Design Consultant at Sevendots. Lorenzo has a Master of European Design (MEDes) at ENSCI - Les Ateliers and the International School of Design (KISD).

Zalando is often referred to as a platform company. A platform that connects customers with manufacturers, stylists, influencers, logistics companies and other service providers. Via the platform, Zalando provides digital and infrastructure services, in the areas of analytics, advertising, logistics and more.

Having a platform-based business model means that many of Zalando’s main touchpoints are digital, making the digital experience an essential element of the company. So how do you ensure that you provide both a joyful and an effective experience? Lorenzo will give a peek behind the curtain, bridging the gap between front stage and back stage.

Lorenzo will talk about the growth of customer centricity at Zalando, discussing how user research, design thinking and design systems are scaling the impact of design in an organisation that serves millions of customers. He will also showcase examples of how the role of experience design and digital (service) design is evolving at Zalando and what that role might look like in the near future.