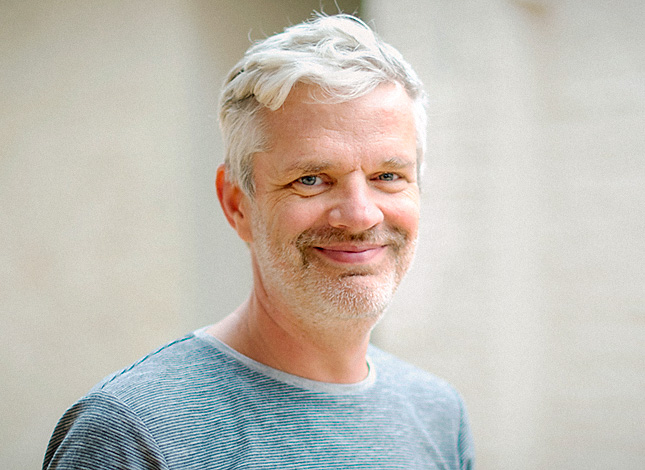 Koen Peters is the leading information architect at Namahn, a human-centred design agency based in Brussels, Belgium. With a background in languages, a master’s degree in Dutch and English, he joined Namahn in 2000 and has been structuring information and making sense of messy content ever since. His work is mainly in web and intranet projects for governments (European Commission, Belgian and Flemish government) and other large organisations.

In the past couple of years, he has added systemic design to his repertoire and is one of the co-authors of the Systemic Design Toolkit. At the moment, he is exploring possible connections and common grounds between the fields of information architecture and systemic design, such as how skills and practices from IA (language, abstraction, structuring principles) can help you better apply the systemic design method and vice versa. Koen is an experienced trainer, running the information architecture and interaction design training courses at Namahn, and he is one of the systemic design trainers. He is a regular speaker at EuroIA, where he was co-chair for the 2016 edition in Amsterdam.

Work aside, Koen loves cycling, travelling and music. He’ll go for regular rides in the nearby Brussels Forêt de Soignes, and loves singing old Flemish masters like Josquin, Ockeghem or Gombert from manuscripts, or the great masterpieces of the baroque era by Monteverdi, Haendel and Bach. His favourite road trip was through the national parks of the South-West in the US.

When service design challenges expand in scale and complexity to a ‘system level,’ user-centred design methods fail to match the required complexity. Such challenges can be addressed by combining the conventional design practices with systems thinking, an approach that looks at the interconnections between the parts of the systems and the emergent behaviour arising out of the interactions. For designers this ultimately leads to considering products and services as leverage points towards the desired change... more >