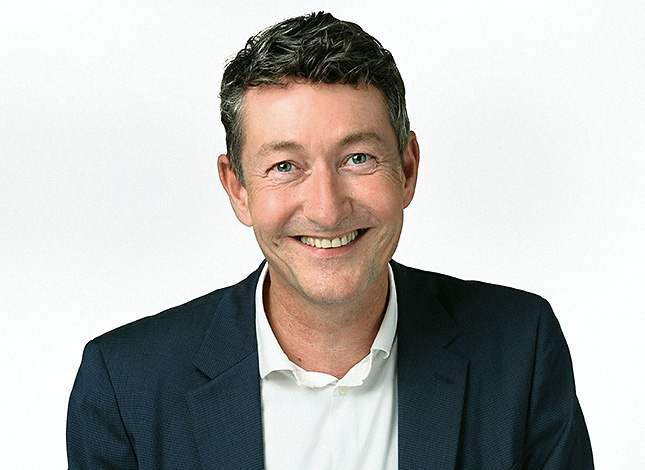 Greo Belgers, director marketing at Triodos Bank (according to the Financial Times one of the most sustainable banks in the world), is not a typical banker. As founding partner of the much acclaimed advertising agency Dawn Amsterdam he proofed to be a creative thinker; keen to venture into terra incognita and blaze new trails. With Dawn he took conceptual thinking and design a step further into creative intelligence.

Prior to that he came up with innovative ideas during the pioneering days of the internet. He was involved in the launch of i-mode in the Netherlands and its mobile internet -application for Hallmark Inc. He is originally a maker of film and television programmes. He gave the Netherlands twelve years of evening television – pulp and brilliant programmes alike –, and co-produced the Oscar- and Emmy winning documentary Anne Frank Remembered for the BBC in the UK and the Disney Channel in the USA.

His interest in the psychological effect of culture, design and the media took him to Germany as a student, where he was involved in establishing the New Media in Mass Communications course at the University of Berlin. Nevertheless, he completed his studies in the Netherlands in the Art, Media & Technology faculty at the Utrecht School of the Arts. That was his second course of study on the back of what started as a course in chemistry.

Can organisations nowadays just focus on being profitable and taking care of its customers? Or do organisations need to have a society-driven focus as well? Triodos Bank is an example in both fields, offering a valuable service to its customers and - with the help of those customer - being impactful for society. Is it possible to design services that combine the apparently both opposities? And are they opposites? Greo will explain how staying true to a mission and not implementing as a headless chicken the same old financial services delivers a strong foundation and emotional engagement with clients and upcoming generations.