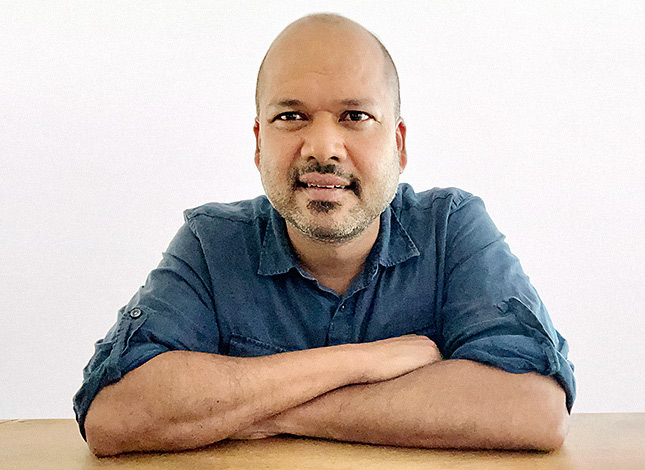 Majid Iqbal is the Managing Director of Structural, an agency that provides a new kind of analysis and design, for improving the quality of infrastructures and services while reducing their negative impacts. Majid is the developer of the language and methodology as well as the idealism behind 'Beautiful Contracts'.

His broader purpose is to develop new thinking and tooling for civil servants, scientists, and strategists to work on problems of unusual shape and size. He found this purpose after a couple of decades in consulting, teaching, sales, and product management, mostly in the United States and Europe. Over the past few years Majid has been an advisor to the Dutch Ministry of Defense where he founded a special unit focusing on solving structural problems and problem structure. That led to an initiative called ‘Design for Procurement’ that aims to transform public procurement by designing services contracts instead of merely defining requirements and issuing tenders.

Majid had founded a similar unit at the Ministry of Economic Affairs and Climate to focus on developing new thinking for societal transitions. Prior to that Majid worked with PwC, Gartner, Carnegie Mellon and HP in various roles, from sales and product management, to teacher and consultant. He has written the book 'Thinking in Services' and taught graduate courses at Carnegie Mellon University (USA) and IE University (Spain).

Case study
'What went wrong at Schiphol Airport: a new kind of analysis of design'

One of the important airports in Europe has struggled a lot this summer. Even after accounting for the long-term effects of the pandemic, the failure at Schiphol has been beyond our wildest expectations. We're not talking about an airport that does not care about passenger experience or has not invested in modernisation. Aside from the painful cuts airports, airlines, and others in the travel industry had to make during the pandemic, was the customer journey from check-in to boarding compromised? What aspects of the problem we are seeing today were unforeseen?

The pandemic has exposed structural flaws in the designs of many infrastructures and services. London Heathrow airport found itself in conflict with Emirates as the airline refused to cancel flights during peak season. Years of efforts to improve the experiences of passengers, airports and airline staff went to waste when the proposed solution asked people to line up for more than four hours for security checks, and flights were cancelled. There has to be a better way.

The team at Structural has deconstructed the airline ticket to develop a better understanding of how some problems are at once avoidable and unavoidable. In this talk, Majid will show the problems faced by this sequence through new lenses and invite you to comment on what you see. In seeing services as contractual sequences made of several types of promises, we can identify a few structural changes that can harmonise an entire system.

This interactive masterclass is in the form of a simulation. The European Commission has funded an inquiry into the structural problems in European airports to avoid future meltdowns like the one at Amsterdam's Schiphol Airport. The inquiry is led by a design council whose members include senior service designers from industry and government, along with strategists, logisticians, lawyers, and accountants. The chairperson of the council is a savvy civil servant who understands the difficulties of attempting big changes when improving anything when several stakeholders are involved in serving entire populations. She has asked her team to study a post-mortem analysis of Schiphol case and identify the smallest possible changes that would lead to major improvements... more >