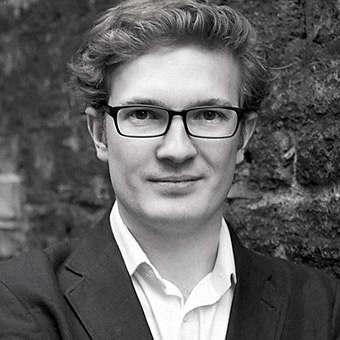 Henry Mason is the Managing Director of TrendWatching, a well-known independent and opinionated trend firm scanning the globe for promising consumer trends and insights from around the world. The agency is based in London, but works with a global network of trend spotters who scan their markets for the best new products, services and campaigns. It’s the agency's belief that by looking at game-changing new innovations they can identify powerful new trends that help discern where consumers are, where they’re heading next, and how to reach them.

Being co-founder of 3Space, an innovative new charity that takes on empty properties and create opportunities for charities and local communities, Henry is also an award-winning social entrepreneur. With its innovative solution to generating social value from empty commercial property, 3Space won the European section of the FT/Citi Urban Ingenuity Awards in 2013, as well as being selected as one of NESTA's New Radicals in 2012.

Before joining 3Space and TrendWatching, Henry worked at KPMG. He has a first class degree in Politics & International Relations from the University of Nottingham.

Henry has been quoted in several business publications, including The Guardian, Financial Times, El Pais, The New York Times and The Economist, and has appeared on television networks such as CNBC, the BBC, Al Jazeera and Brazil's Globo News.

Keynote
'What will people want next?'

Watching and understanding trends keeps us connected to what is surrounding us. When we discover the values that are underpinning these trends, we can recognise their deeper impact on society and human advancement, and gain insight into what new beliefs are arising and how they will result in alternative futures. So what will people want next? The (not so secret) secret at the heart of trend-driven innovation: you can answer that question, by spotting the trends that are powerful signals of social and human change.

In this fast-paced session, Henry shares four key consumer trends that any innovator, founder, marketer or service designer should have on his radar. These highly actionable trends can support you to design your next service – and to make sure it’s grounded in relevant current consumer expectations, behaviours and values. Along the way learn TrendWatching’s powerful trend spotting methodology, and leave ready to spot the next wave of trends yourself!