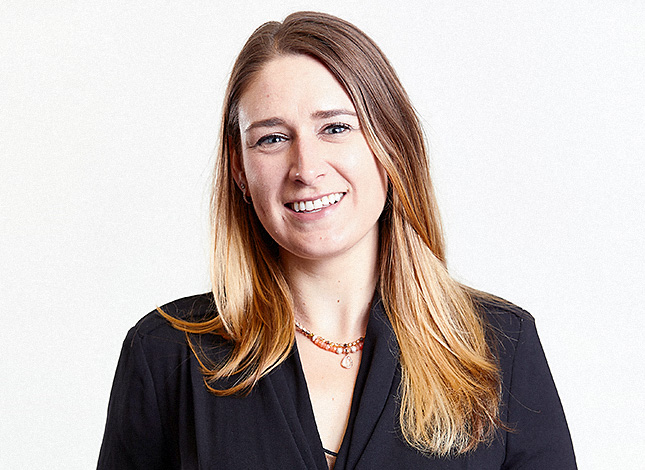 Lisa Cousins is Director Business Strategy at Huge, a global experience agency. Leaning into the intersection of business and service design, she partners with clients and teams to identify opportunities to reimagine customer experiences while achieving clients’ business objectives. Her experience at Huge has spanned across entertainment, retail, real estate and financial services clients, for which she has led strategy, research and analytics teams to design and launch entirely new businesses, products, websites and apps.

Prior to Huge, Lisa led strategic projects for a boutique hotel loyalty program startup, Disney Parks & Resorts, the management consulting firm Oliver Wyman, and sheco-founded an arts membership. Lisa has an MBA from Harvard Business School and a Bachelor of Commerce from the University of Calgary.

When challenged to write a career purpose during an MBA class, Lisa became confident that her purpose is to enable others to experience things they never thought possible, which has been a common thread through her career. Whether she creates an amazing new digital product for a client, incredibly stimulating teamwork for colleagues or an unforgettable travel experience for friends and families, she pushes boundaries and makes an impact. Lisa serves as an ambassador for Women in Innovation’s London chapter, and leads the Huge x Women affinity group at Huge London.

Keeping loyal customers, and growing their loyalty, are massive challenges for businesses today. So massive, the loyalty industry including CRM, loyalty management, tech and transaction enablers and customer engagement are worth $323 billion. Entertainment franchises have the luxury of attracting massive, highly emotionally connected fandoms that any other business would envy. But even they are not immune to this challenge, and must constantly innovate and invest in these relationships.

In 2017 the Wizarding World franchise (inclusive of the Harry Potter and Fantastic Beasts franchises) had two big challenges: It had a proliferation of disjointed and disconnected digital channels and physical experiences, and with the franchise surpassing its 20th anniversary it was looking to reinvest in old fans and foster a new generation. Wizarding World Digital, a new joint venture between Warner Bros and The Blair Partnership, had been formed as the means to create an entirely new, best in class fan experience that bridges the digital and physical world, with Huge as their partner.

Their challenge was to deeply understand fans' extraordinarily high expectations and imagine new ways to exceed those expectations using existing and emerging technology. From enchanted keys hidden around the world to an interactive magical journal, we helped define the new free and paid fan propositions, and resolve over 20 years of franchise fragmentation. Here’s how they did it, and how you can apply their design and business thinking approach to your fans, er, customers.